After a glittering career at the very top of the asset finance sector, Bill Stephenson has put retirement on hold, opting instead to seize the opportunities cloud-based technology offers for innovation to create a new world-leading independent finance provider.

Addressing an Asset Finance Connect webinar, the latest in a series sponsored by Solifi, Stephenson laid out his ambitions in his new role as CEO of HPS Global Leasing, which include PEAC UK and PEAC Europe.

The record audience of 250 delegates from 30 countries heard Stephenson explain that a period of self-reflection during Covid had encouraged him to look for new challenges.

As he observed: “Let’s face it, there hasn’t been a new global competitor entering the marketplace in over 20 years. My aim is to build the largest global independent brand with a very strong differentiator.”

And for Stephenson, that means not working with a bank; a strong growth and acquisition strategy; and a global rather than regional presence.

Hear Bill talk about re-igniting the feeling of waking up with “hunger in the belly”.

As Stephenson acknowledged, one of the biggest challenges for bank-owned lessors right now is the impact of regulation, with compliance issues taking up senior management time that could be spent finding better ways to serve customers. During the 2008 financial crisis, a bank’s leasing arm was left often fighting for relevance as it was previously viewed as little more than a conduit for excess profits from its parent. Not any more, though, as leasing operations are now embedded as a vital part of the bank’s business.

“But the problem is that the regulators don’t understand the difference between consumer loans or mortgages and leases. All those rules that are being forced on the industry are disruptive to customers – banks are losing 5% of customers at the onboarding process as it’s so cumbersome,” Stephenson pointed out.

Stephenson also predicts that in the future, successful lessors will be those who offer additional services, including maintenance and refurbishment, and who control the asset lifecycle, which will prove a further barrier to banks, particularly when it comes to new concepts such as pay-per-use.

Stephenson told his audience that a major frustration over the last ten years has been around IT, and in particular high costs and limited flexibility. The aim at HPS is to come straight out the gate using the latest cloud-based technology and APIs for direct links with clients.

“The challenge with legacy IT systems is that you can’t just delete what you have and add a new function, in the same way as you add or delete an app on your phone. Instead you need to rebuild and then when you fix one thing, something else breaks,” he maintained.

Listen to why Bill sees cloud-based systems as the future.

In Stephenson’s eyes, all transactions need to take place at the point of sale, rather than being taken back to the office to be completed. “In a recession, there are going to be fewer transactions and that means more and more people competing for each customer. The only differentiator is how well you service that customer, and the most seamless way is to close at point of sale,” he explained.

Bill explains the changing role of the salesperson.

HPS’s current focus is on business in central and eastern Europe, the Nordics, the US and Canada, and while keen to avoid over-expansion at an early stage, Stephenson said the company is not done with acquisitions in order to build market share.

“There’s not a lot of organic growth, so we will be looking to take market share through our value proposition, which is based on the principles of service, trust, transparency and true partnership, and not on price, rebates, false residuals or fake approvals,” Stephenson declared.

In competing against bank-owned lessors, much of the “secret sauce” for success is down to creating the services customers want, innovating quickly and flexibly, and product development, all of which is driven by technology.

Acknowledging that sustainability issues are coming to the fore in both Europe and the US, Stephenson cautioned that there is no “big switch” to force compliance with a new green approach, but that lessors should work with their customers to develop the right strategy.

“There is no one silver bullet solution, and we need to be there to support vendors and clients and to help them through the transition, rather than dictating what we will or will not fund.

“We need to get the industry to move away from a ‘sell and go’ approach, as there is so much we can do around the circular economy which will impact ESG. We can help companies take product through all possible lifecycle stages and refurbishment and, at the end, extracting rare earth materials so that they can be re-used. There is only so much of that on the planet, so salvaging what we have is important,” he explained.

Hear Bill outline lessors’ roles in the second and third life of assets.

Looking to the future

In response to audience questions about the risks for lessors of being left holding “dirty” assets which had lost value because of sustainability concerns, Stephenson pointed out that the supply chain crises provoked by Covid, and subsequently conflict in Ukraine, had underlined the value of lessors controlling the entire asset lifecycle.

“We’ll see this evolve more towards a focus on selling services, maintenance and refurbishment, as opposed to the usual idea of ‘build it and burn it’,” he argued. “And one of the advantages of being a global entity is the ability to move those assets on. There is a natural transition and move towards green equipment, and that will happen.”

But for the immediate future, Stephenson is clear that utilising the latest technology to create genuinely frictionless customer experiences and to innovate new products is the way to go. With lessors able to control the whole lifecycle of an asset, the circular economy is becoming a reality for those with the flexibility to respond.

Banks and bank-owned equipment finance companies are less well-placed to innovate than their non-bank competitors? 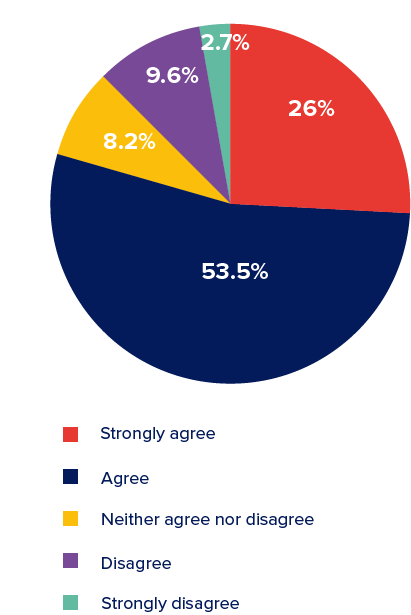 For more insights from the Fireside Chat with Bill Stephenson, watch the Asset Finance Connect webcast sponsored by Solifi

It’s fair to describe Bill Stephenson as a legend within the asset finance industry. Over the course of a 35 year career, he played a huge part in building DLL’s position as the global market leader in bank-owned vendor finance and a major player in the equipment leasing sector. As well as his CEO role, with responsibility for a €35 billion-plus portfolio, Stephenson was also a highly influential chair of the Equipment Leasing and Finance Association in the US.

So the obvious question is, having achieved so much by retirement age, and with the golf course beckoning, why take up another senior executive post?

Bill’s answer was to use the analogy of moving house – essentially, it’s always possible to improve on a property if you’ve got a lot of experience based on what you’ve owned before, and what you know new technology can deliver. So he is taking the benefit of his learning at DLL to mould a new, cutting edge, organisation.

Freed from the constraints of IT systems which have been developed over decades, with obsolescence built in, he is now looking to cloud-based technology as way of responding immediately to new requirements.

And Bill is clear that technology is only going to enhance, rather than obliterate, the role of the salesperson. That is why his response to a question from a young member of the audience about how to build a successful career was so valuable. The man who made it to the very top has two key lessons for getting there: learn to fail; and embrace rejection.

“Rejection is never personal. Hearing a ‘no’ just means you don’t understand what someone is asking to achieve,” is Bill’s view. It’s advice to take on board, as he views the greatest risk to the asset finance sector is that there are not enough of the next generation coming through the ranks.

All of us within the asset finance industry should also take to heart his other advice, which is the need for us all to join together and form a single entity to take on the regulators and make the case for our industry.

The pace of technology innovation will diminish as the global economic environment weakens? 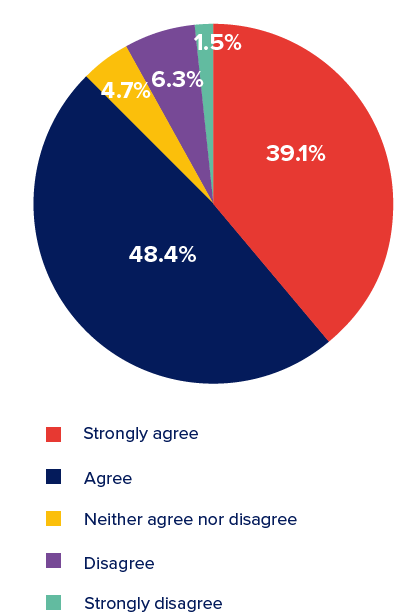 Register now for future related webcasts
We use cookies on our website to give you the most relevant experience by remembering your preferences and repeat visits. By clicking “Accept All”, you consent to the use of ALL the cookies. However, you may visit "Cookie Settings" to provide a controlled consent.
Cookie SettingsAccept All
Manage consent

This website uses cookies to improve your experience while you navigate through the website. Out of these, the cookies that are categorized as necessary are stored on your browser as they are essential for the working of basic functionalities of the website. We also use third-party cookies that help us analyze and understand how you use this website. These cookies will be stored in your browser only with your consent. You also have the option to opt-out of these cookies. But opting out of some of these cookies may affect your browsing experience.
Necessary Always Enabled
Necessary cookies are absolutely essential for the website to function properly. These cookies ensure basic functionalities and security features of the website, anonymously.
Functional
Functional cookies help to perform certain functionalities like sharing the content of the website on social media platforms, collect feedbacks, and other third-party features.
Performance
Performance cookies are used to understand and analyze the key performance indexes of the website which helps in delivering a better user experience for the visitors.
Analytics
Analytical cookies are used to understand how visitors interact with the website. These cookies help provide information on metrics the number of visitors, bounce rate, traffic source, etc.
Advertisement
Advertisement cookies are used to provide visitors with relevant ads and marketing campaigns. These cookies track visitors across websites and collect information to provide customized ads.
Others
Other uncategorized cookies are those that are being analyzed and have not been classified into a category as yet.
SAVE & ACCEPT
Powered by